William Leybourn was an English mathematician who was born in 1626 and died in 1716. Although Leybourn was ‘one of the most universal mathematicians of his time’ (Granger, 1775), he also forged a career as a printer in partnership with Robert Leybourn. William Leybourn was also a professional land surveyor who wrote many books on the topic of surveying, such as The Compleat Surveyor (London, 1653), which included mathematical measures and relatively new ideas.

In under 90 pages Leybourn discusses John Napier (1550-1617), and his invention ‘Napier’s Bones’ in wonderful mathematical detail. Although a worthy element of Worth’s collection, this book is not Leybourn’s most famous work, nor are Napier’s Bones John Napier’s best known invention (O’Connor and Robertson, 1998).

John Napier was a Scottish mathematician and devout protestant land owner, who amazingly only studied mathematics in his leisure time (O’Connor and Robertson, 1998). Leybourn commemorates Napier in ‘the Argument to the reader’ at the beginning of the book saying he should be admired. Napier is best known for his invention of logarithms, an inverse operation to exponentiation, which are still widely used in mathematics today. While working on these he was in need of a quicker way to multiply and divide numbers, hence his invention of ‘Napier’s Bones’, a calculating device to reduce multiplication and division to operations only using addition and subtraction.

This device consists of rods which can be fashioned from a number of materials, for example silver or ebony, but would have first been made from ivory (O’Connor and Robertson, 1998). The technique can be found explained first in a small book written by Napier in Latin called Rabdologiae seu Numerationis per Virgulas libri duo in 1617 (Dalakov, 2016).

It is clear that Leybourn admires John Napier as he refers to him as ‘Lord Nepier’ throughout the book (Napier was the 8th Laird of Merchiston). Leybourn gives a history and description of Napier’s Bones, where he continuously refers to them simply as ‘Rods’. He explains how you do not have to rely on memory or fear of being wrong when using these rods for calculations — after all there were no calculators in the sixteenth and seventeenth centuries to quickly multiply or divide. In the table labeled Fig: 4 the number 3496 is displayed along the first row. This arises from an example Leybourn discusses further into the book. The second row contains each digit of 3496 doubled individually, giving 6, 8, 18, 12. The third row is created by adding the same amount again and so on. 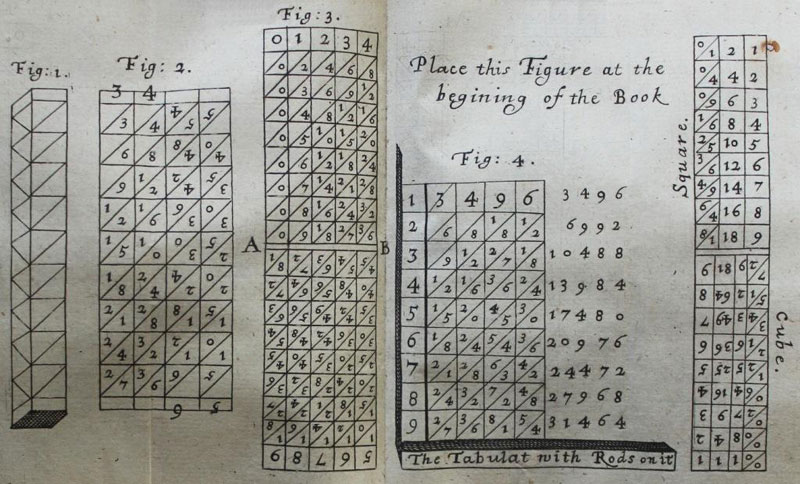 Leybourn devotes chapters six and seven to explaining how to multiply and divide using the rods. His notation for working through multiplying and dividing is somewhat similar to that which in taught in schools today. 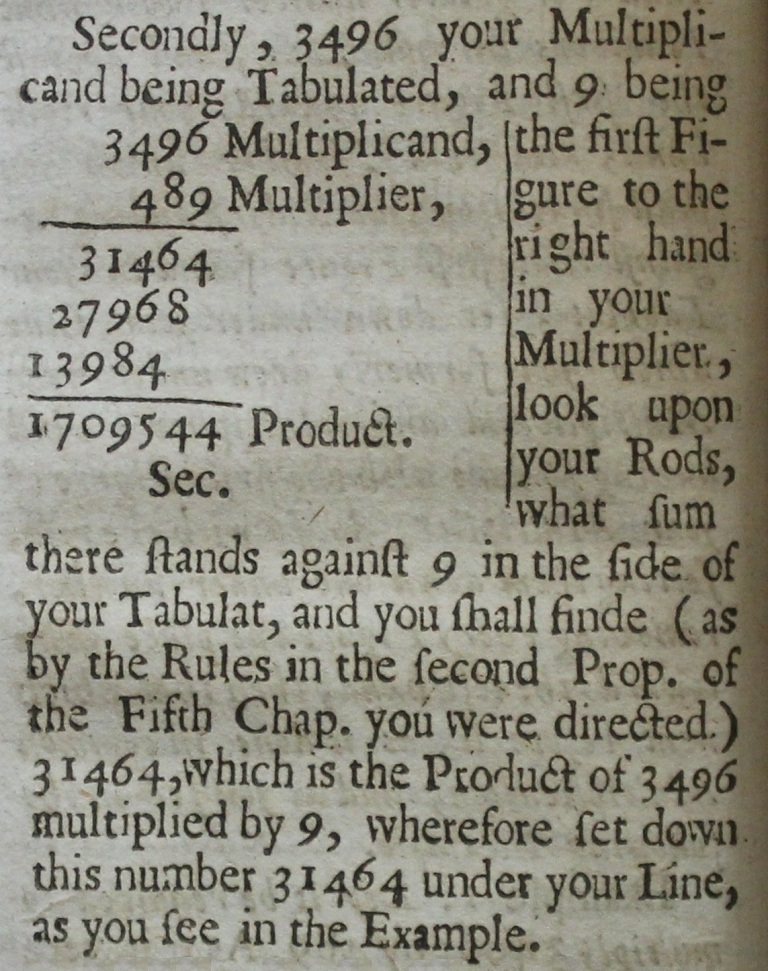 In the division example below, a similarity with modern day notation can be observed by the divisor being written to the left of the number it is to be divided into with a line between them as is common when learning ‘long division’ in the later years of primary school. 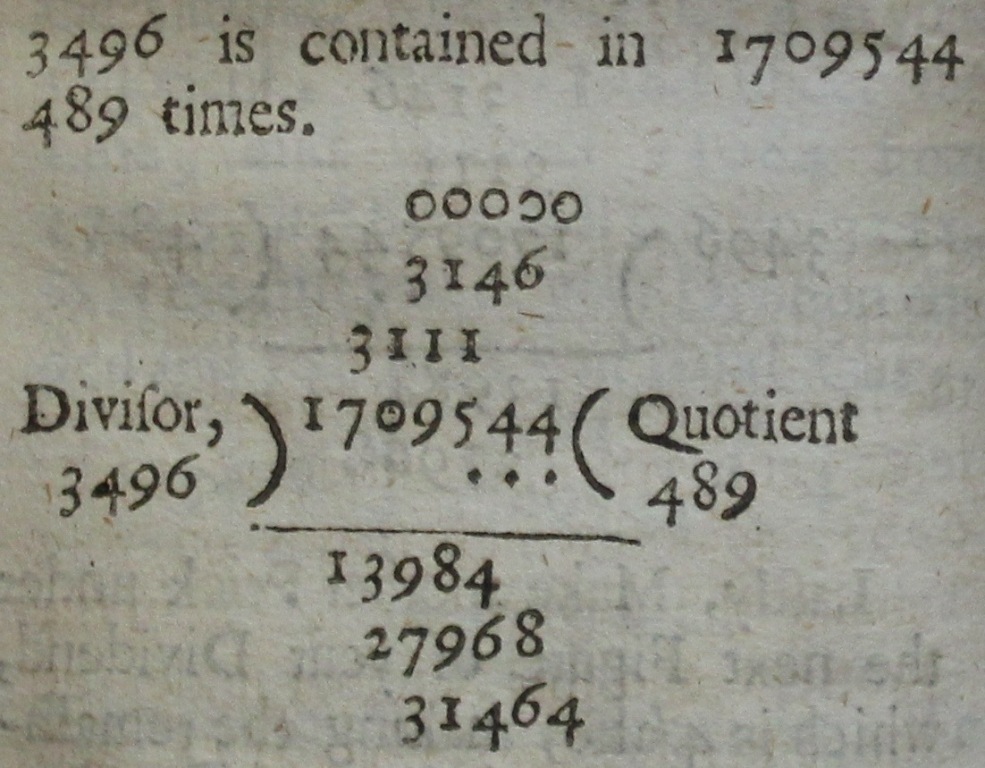 Now the process is repeated using 31114 by finding the largest number in the table which is less than 31114 to find the remainder 3146. Lastly, the same calculation for the remaining digits 31464 yields the expected (and correct) answer.

Granger, James, A Biographical History of England: From Egbert the Great to the Revolution… (London, 1775).