Ludolf van Ceulen (1540-1610) was born in Hildesheim, Germany, to a large family who were not particularly wealthy. Consequently, Van Ceulen received only an elementary education and could not read Latin or Greek, the languages in which the majority of mathematical texts were published (O’Connor and Robertson, 2009). As a young man with a keen interest in mathematics he relied on friends to translate important texts for him. 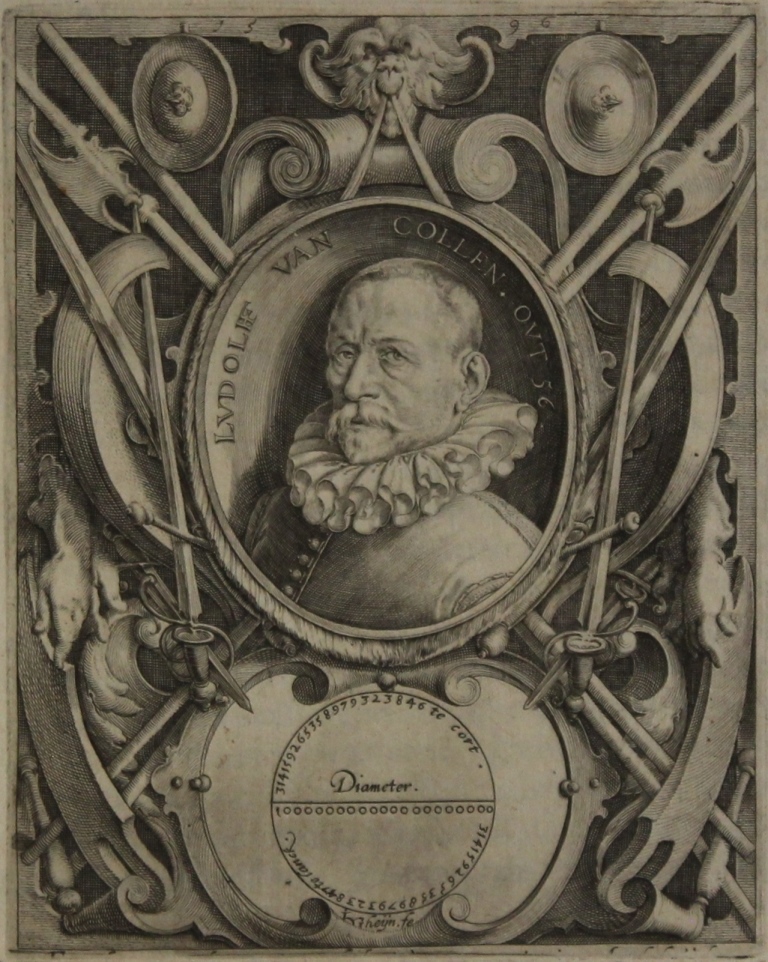 There were many approximations of π before Van Ceulen’s (including those attributed to Ptolemy, Al-Khwārizmī and Fibonacci) but it was Archimedes who was a major influence on Van Ceulen’s work and findings. Archimedes published the first theoretical calculation of π around 250 BC which he found using a regular polygon of 96 sides (Vajta 2000). Van Ceulen was fixated on Archimedes’ work and when eventually a friend translated it for him, Van Ceulen was inspired to spend the rest of his life looking for a better approximation of π using Archimedes’ method (O’Connor and Robertson, 2009). By the time of his death Van Ceulen had determined π to 35 places of decimals and as Vajta notes ‘The Germans were so much impressed by Van Ceulen’s achievement that they began to call [π] the Ludolph’s number.’ (Vajta)

Due to his lack of Latin, he was unable to publish any new findings himself, and so he focused on reviewing and criticising the work of others which resulted in a series of mathematical disputes. William Goudaan, a teacher from Haarlem, posed a geometric problem which Van Ceulen solved, yet Goudaan did not accept his solution and published his own findings. Van Ceulen realised these findings were incorrect and so in 1584 published his own side of the dispute (O’Connor, and Robertson, 2009).

When Simon van der Eycke (1584-1603) published an incorrect proof of the quadrature of the circle in 1584, Van Ceulen released two publications highlighting Van Der Eycke’s error. Subsequently, while Van Ceulen was teaching in Leiden, a leading professor published work in which he claimed that π was equal to

. Van Ceulen knew this was incorrect and when he approached the professor, Van Ceulen was challenged to put his objections in writing. However he could not participate in this dispute, his inability to write in Latin prohibited him from engaging under the usual terms (O’Connor, J and Robertson, E.F, 2009).

Van Ceulen’s most famous student was Willebrord Snell (1580-1626) who translated two of Van Ceulen’s works into Latin after his death (biography.com, 2008). This made them more accessible to the mathematicians around the world.

Shown above is a diagram of a circle with an inscribed equilateral triangle and regular pentagon along with some constructions generating regular polygons with more than 5 sides. Notice the handwritten square roots along some of the sides denoting the lengths required for the construction.

In the table below, Van Ceulen lists some lengths of interest again using square roots. Specifically, he starts with an equilateral triangle which has three sides and each time calculates the length of a side of a regular polygon with double the number of sides as the previous one. 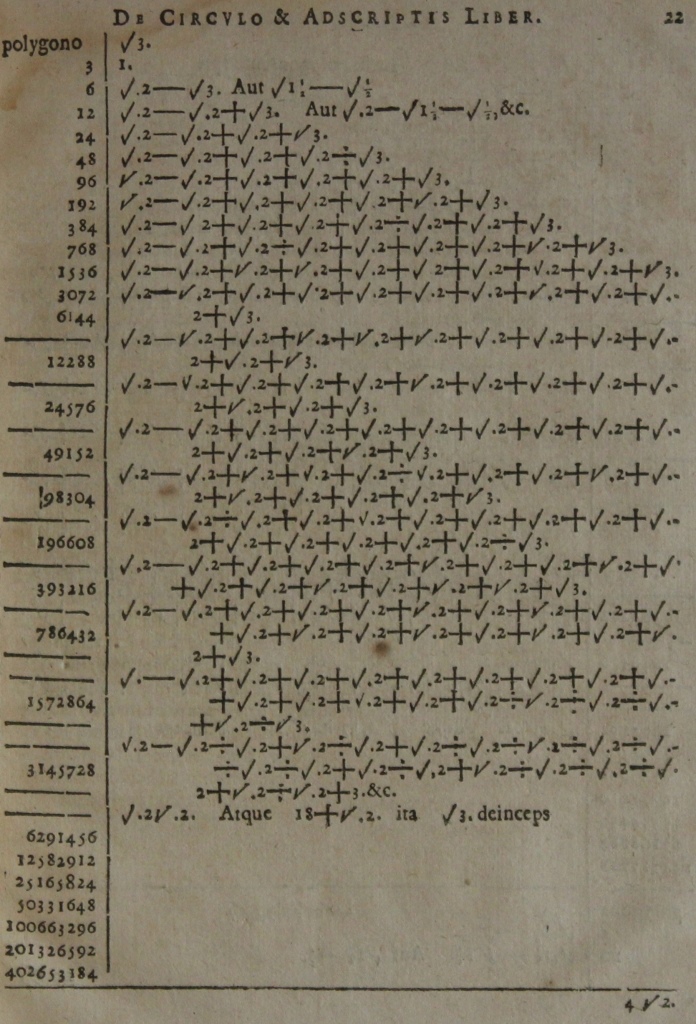 The next table shows a similar calculation in which Van Ceulen has used a circle with very large diameter (200000000000000) and given the length of a side of each inscribed regular polygon. For example, an inscribed hexagon (six sides) has side length exactly half the diameter of the circle. 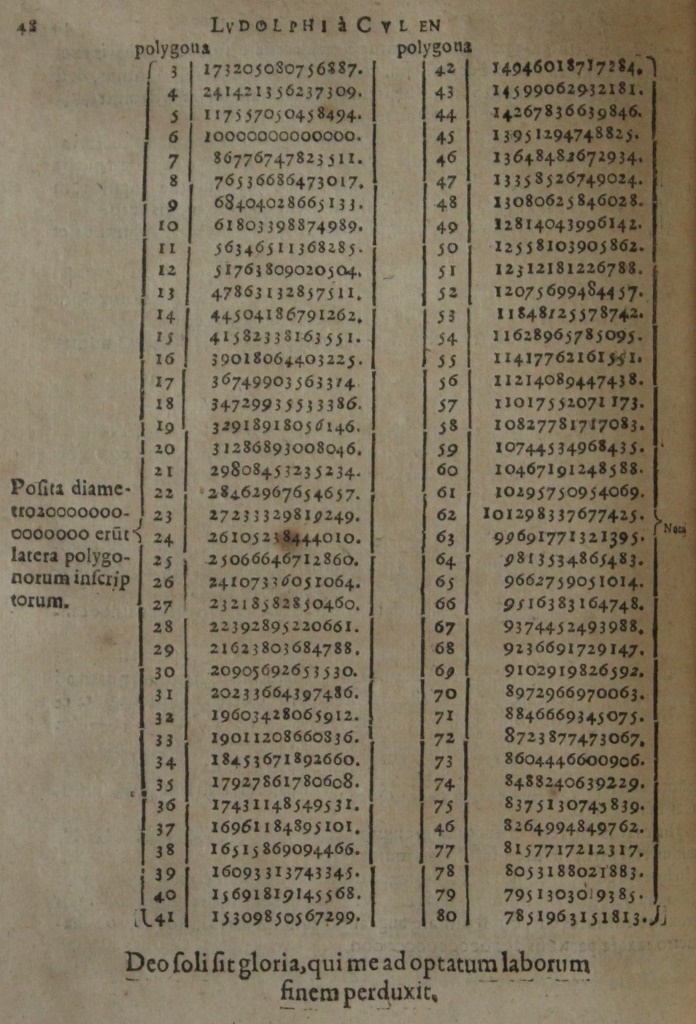